In conjunction with Southbank Sinfonia, Vox music, directed by Michael Berman, performs a varied programme throughout the festival in a wide array of concert venues. Click here for more information about the festival.

Bethany will also be appearing with the Parliament Choir as soprano soloist in Handel’s Messiah, conducted by Simon Over. 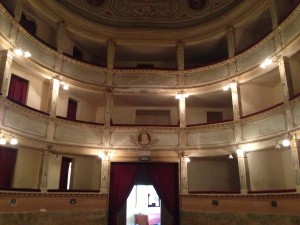 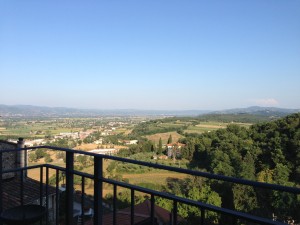 View from Anghiari looking out over Tuscany 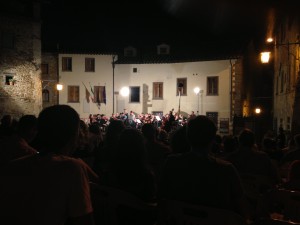 main concert venue in a beautiful square in Anghiari

I am very happy to announce I will recording Bach St Matthew Passion with Yorkshire Baroque Soloists, conductor Peter Seymour for Signum Records. The CD will be released early 2014.

Italy at the start of the 18th century was the place to digest the latest compositional forms and performance styles, so it comes as no surprise that in 1706 the 21-year-old Handel’s insatiable passion for learning took him from Germany to Rome. There he met, performed with and no doubt learnt from musicians such as Corelli, Pasquini, Alessandro and Domenico Scarlatti, and quite possibly Caldara too, as well as making influential friends at the aristocratic arts clubs that were the Arcadian Academies.
Our opening concert presents extracts from music Handel provided for a Carmelite Vespers service for the feast of the Madonna del Carmine in July 1707 including the famous Dixit Dominus, along with another of the latest fashions of the time – a Corelli concerto grosso – and spectacular motets both large and small.
This concert is dedicated to the memory of Sir Marcus Worsley – President of York Early Music Festival 1981 to 1999.
Reviews available on the press page
Tweet

Reviews available on the press page